At a glance, paddleboards look a lot like surfboards. Almost the same shape, size, and colors. But there is a few key differences that we'll be covering in this article.

So… what’s the difference between the two or is there even a difference at all? Of course, we’re referring to paddleboard vs surfboard, as it’s easy to interchange the two when you see them out on the water. And while the two types of boards do have a lot of similarities, there are also some key differences too.

The bottom line is each board will be designed to be optimized for its specific sport. That’s the key right there. What’s the main difference between the two types of boards? Surfing requires the use of the rider’s body, while paddleboarding utilizes a paddle to get the job done.

In addition to breaking this down further, we’re also going to answer the question of whether or not you can use a surfboard for paddleboarding and vice versa. Firstly, though, let’s take a closer look at the topic of paddleboard vs surfboard.

The key differences between a paddleboard and a surfboard

The answer above seems kind of vague, doesn’t it? Well, the reality is the two boards will be specifically designed for their individual sport. And the sport of surfing is much different than the sport of paddleboarding. When looking at the two, almost everyone is going to say that paddleboarding is the easier of the two.

This is mostly because you’re standing most of the time on a paddleboard and using a paddle to maneuver in the water. Meanwhile, surfing firstly requires you to lay down and paddle with your hands. Additionally, you have to find that perfect moment to ride the waves. That’s not even mentioning the power, balance, and concentration the sport requires.

With paddleboarding, you can get on one and feel extremely comfortable within an hour or two out on the water. Plus, it’ll be much easier for children and teens to pick up.

But this still doesn’t really dissect the differences between the boards themselves. Let’s do that right now, shall we?

The difference in sizes

As mentioned earlier, paddleboards will differ in size from other paddleboards, and the same goes for surfboards. However, one of the main differences between the two boards is that paddleboards are typically longer, heavier, and thicker than surfboards. With that said, you could buy a longboard (which is a type of surfboard) that’s longer than a paddleboard on the shorter side of the spectrum.

Most paddleboards will be longer, though, speaking in generalities. When it comes to buying either-or, the size you go with is one of if not the most important buying consideration to make. Clearly, that’s not the point of this post, but we still want to briefly go over the different sizes of both boards.

Here are some quick “pointers” when it comes to the sizing of paddleboards.

Surfboards are generally placed into one of three different categories: shortboards, funboards, and longboards. They differ, mainly, in size.

The differences in the construction of the boards

Not talking about the specifics that make each board ideal for its own sport, the materials used for constructing both paddleboards and surfboards can be very similar. As with the size, not all surfboards are made with the same materials, and the same goes for paddleboards. With that said, manufacturers tend to choose similar resources to make the boards. Some of the most common you’ll see will be epoxy, wood, and foam.

The construction of paddleboards

Let’s break this down further (as that’s kind of what we do) by first looking at paddleboards.

Okay, so now let’s look at the main types of surfboards that you’ll see based on the construction materials.

Would it be too boring and easy to say that you should just use each board for the specific activity? There’s really no need to pick a winner here as each board is ideal for its own activity. However, hold on for just a second. What about this?

Can you use a paddleboard for surfing, and can you use a surfboard for paddleboarding? Addressing the first part of the question, you can technically surf on almost any paddleboard out there. As expected, though, some will perform better than others. The ones more optimized for surfing will be what you want.

As for the second part of that question, that one can be a little trickier. For paddleboarding, most people will want and prefer the higher flotation, volume, and stability that a paddleboard will provide. With a large enough surfboard (more than likely a longboard) and strong enough balancing skills (and an ideal weight), though, you could probably stand-up paddle on a surfboard.

If what you primarily want to do is stand-up paddleboard, however, don’t buy a surfboard. If you’d like to do both, though, there are paddleboards that can be optimized for surfing.

At the end of the day, surfboards and paddleboards do have a lot of similarities. From the materials used to construct them to how large some can be, it’s easy to see why some people get the two mixed up. Yet, while you can pull off both activities with both, if you want the best experience possible for the specific activity, you’re after, you should buy a board specifically optimized for it. Hence, that’s where the tagline of paddleboard vs surfboard most comes into play, quite honestly.

One more thing before you hit the road. All this talk about paddleboards got us thinking of a previous post we published that can also serve a lot of importance if you’re possibly looking to buy one for yourself. Determining how much weight a specific paddleboard can hold will go a long way in the buying process. So, do yourself (and us) a favor by checking that post out! 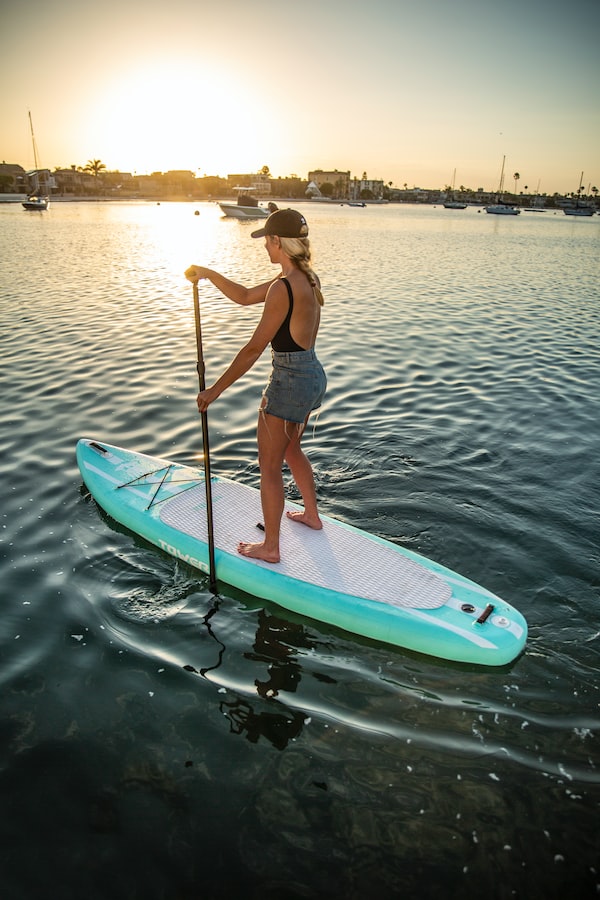 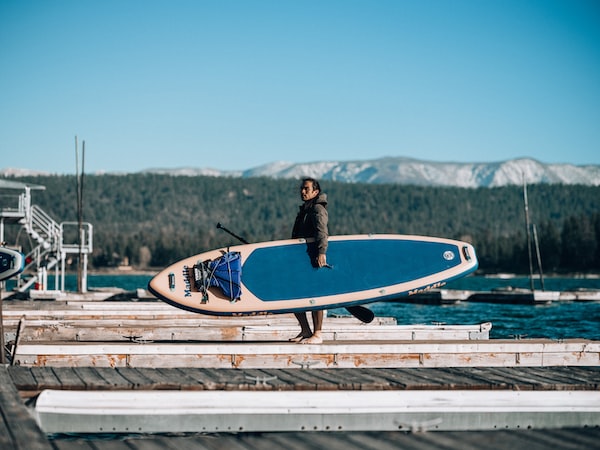 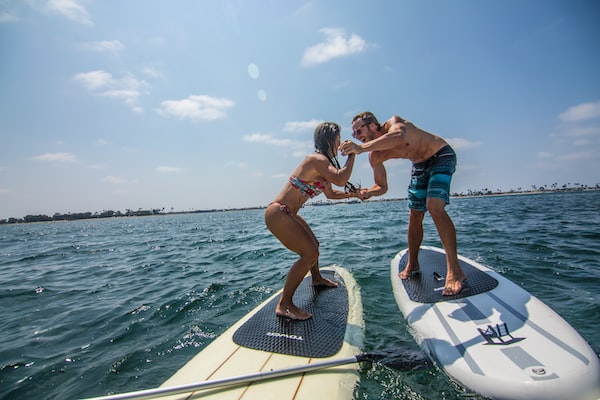 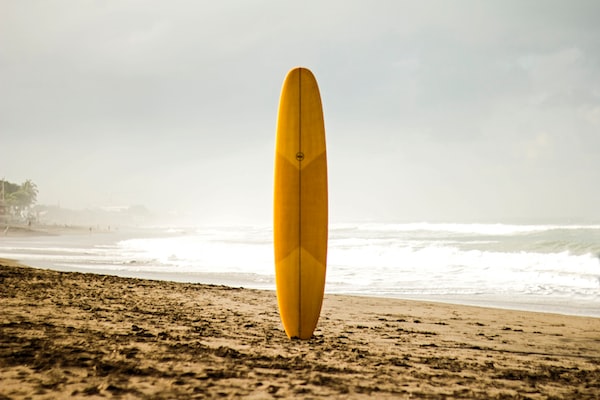 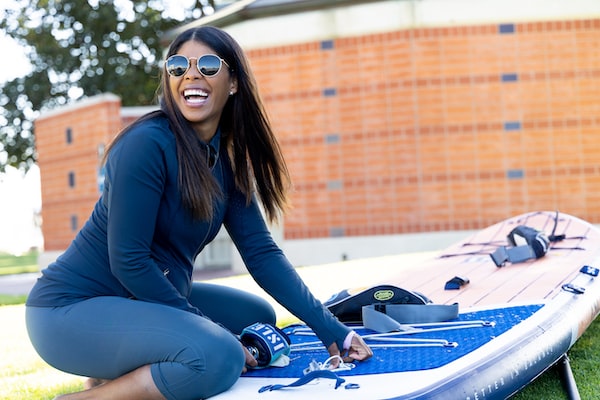 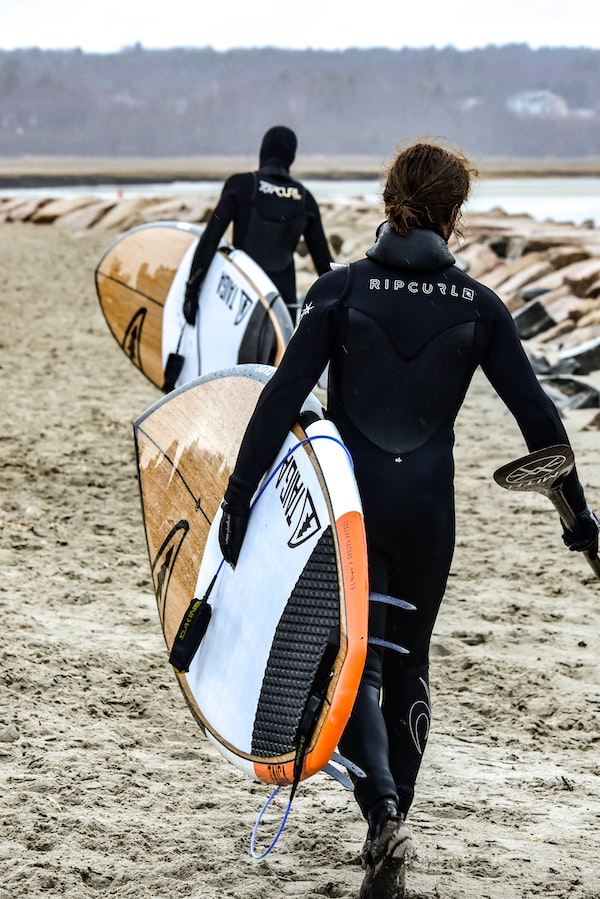 How to Properly Carry a Paddleboard