How Fast Can an Adult Alligator Run?

Have you ever wondered if you could outrun an adult alligator if you'd stumble upon one when you're out hiking? You might want to reconsider giving it a shot... they're fast!

There are only two species of alligator left in the world, the American Alligator and the Chinese Alligator, with the former being a bit larger and weighing up to half a ton. With that much weight to lug around, you would think that alligators are pretty slow, especially on dry land and well away from their element. So, how fast can alligators run?

Alligators are anything but slow when they don’t want to be and depending on their size and age, can run short distances up to 30mph. And we do mean short distances, perhaps 20 yards or fewer. In fact, it’s fairly rare for an alligator to even bother with a running attempt on dry land.

Alligators are extraordinarily disciplined reptiles and although they can come up onto dry land as much as they want, their true element is the water, where they are fast, sleek, stealthy, and far more capable of overpowering their opponent.

What makes alligators so fast?

Alligators are streamlined, like a muscle car that is aerodynamically designed to cut through the wind. They are also incredibly muscular and the size of their arms and legs are deceptive next to their massive bulk, much of which consists of their tail.

When alligators run on land, they have a few initial advantages which assist their brief burst of speed and energy.

Alligators use their feet and powerful tail to propel themselves through the water and they are usually already moving long before they emerge from the water and onto dry land. It’s almost like giving them a running head start before they hit the ground running.

An alligator’s stomach is almost the perfect surfboard and glides easily on the muddy embankment and shoreline. This gives them another speed advantage in a short burst, as there is less friction slowing them down until they hit truly dry land.

Their rear legs are powerful as well and can push the gator along both in the water and on the land easily, as well as the fact that they can lift their bellies up off of the ground when they run.

Alligators are ambush predators and their entire point of attack is predicated on the ability to launch a vicious and violent frontal assault that ends the fight quickly. After running several yards, the alligator is already beginning to tire, the “ambush” energy dissipating the farther it goes.

In many cases where people are attacked by alligators, dogs were involved, and either the owner wandered too close to the water with the dog in tow or the dog did.

Fortunately, alligator attacks on people are extremely rare occurrences. According to the Florida Fish and Wildlife Conservation Commission, the chance of an alligator attacking a human is 1 in 2.4 million. More people get struck by lightning each year.

Are alligators faster in the water?

It’s not just the speed and power of an alligator in the water that makes them so ferocious. Alligators are also very sneaky swimmers. As if they needed another advantage, these apex predators of swamps, ponds, lakes, and rivers are also crafty when they want to be.

Alligators will often gather together twigs, large branches, or other natural debris and allow this debris to float around their nose. The alligator knows that birds are likely to land on these natural flotation devices and dinner is served.

It’s not even a fair contest when one of the world’s most vicious and strongest predators doesn’t have to do anything other than wait for its meal to arrive on wings. Alligators also have a distinct advantage in the design of their heads.

Since their eyes are located on the top of their heads, alligators can slowly surface, just enough to allow their eyes to periscope just above the waterline, seeing everything that it needs to see while waiting for the unwitting to come along and get close enough.

Do alligators spend a lot of time on land?

Although an alligator’s primary hunting ground is in the water, there are a lot of reasons for them to come onto dry land.

Unlike amphibians, alligators don’t have any need to keep their skin wet or damp, and they breathe air, rather than pull oxygen from the water through gills.

Alligators love to snooze in the sun. As reptiles, they are cold-blooded and the warmth of the sun is invigorating and comfortable for them. In the winter months, they dig tunnels and burrow down, going dormant until the season changes and warmth returns.

Alligators will also come onto dry land if they believe there is prey nearby. If it’s in the alligator’s interest, it will climb as well as walk or run around on dry land. In fact, alligators are known to climb fences, ladders, and even trees if there is enough incline to make the ascent.

Female alligators always try to nest on land as well. Like the sea turtle, they come upon dry land and build their nest, depending on the natural composting process of the churned-up dirt and debris to heat the eggs that she will lay.

Female alligators will construct a pile of this compost material, all of which she scratches up through digging and tearing the local plant and soil to pieces. After she lays her eggs, she won’t necessarily hang out on top of the eggs, since alligators are cold-blooded and that’s a waste of time.

However, she will return to it frequently and if you ever stumble upon a female alligator’s nest, you will witness a running alligator first hand. Females are aggressive and protective over their nests.

What to do if you encounter an alligator

Coming face-to-face with an alligator is much like confronting a black bear. The idea is to make yourself appear larger and make the alligator recognize the fact that you are human and not prey.

Despite all of the sayings about running in a zig-zag, that’s absolutely worthless and is certainly advice that you should never follow. Yes, an alligator can chase you down in a very short distance, but running a zig-zag only keeps the distance between you and the alligator that much smaller.

Running away and in a straight line is your safest bet, especially if you have a head start, as the alligator is liable to expend its energy fairly quickly if it decides to chase you. The fastest way from point A to point B (especially if point B is your car or house), is a straight line.

Alligators attack tourists and tourist dogs more often than anything else because, for some reason, tourists think that coming down to the south means that we are all just fast friends with alligators and they are practically our backyard pets.

The truth is, southerners don’t feed the alligators for very good reasons and neither should the tourists. The truth is, in most states,  where the American Alligator is prevalent, feeding them is illegal. It not only draws them into areas where there are people and domesticated animals but throws off the alligator’s own ecosystem.

Alligator warning signs to look for

If you’ve ever had a dog growl at you or heard a cat hiss when you approach, then you have an idea of what it means when an animal doesn’t want you to approach any closer. Alligators give off their own warning sign, like the hiss of a cat, but much louder.

Alligators primarily hunt at night and if you are near water at night, their eyes are reflective, so use a flashlight to scan the surface of the water.

Fresh dirt mounds along the banks of rivers, ponds lakes, and swamps should serve as a giant red flag. It may mean nothing, but it also may be the recently assembled nest of a female alligator, something you don’t want to mess with.

Lastly, if you’re aware that alligators are known to be in the area, don’t go swimming and don’t walk along the edge of the water, especially with a dog in tow.

Alligators are fast as lightning on land but only for a short period of time. What makes it so remarkable is the fact that alligators don’t look like fast land travelers, so their sudden speed is almost always a big surprise.

Though they may spend a lot of time on land, alligators are still far more dangerous in the water, where all of their predatory abilities are honed to a razor edge and they truly are, the king of the swamps. 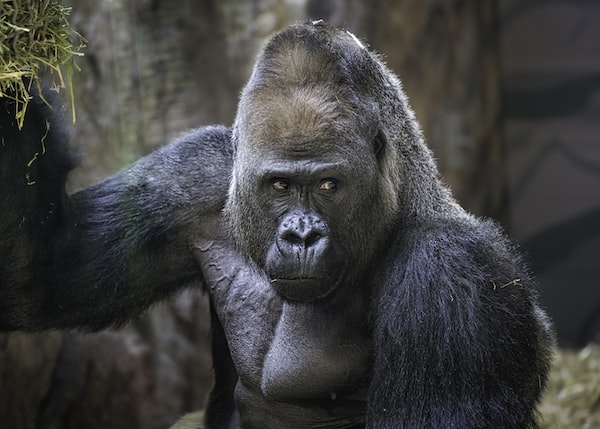 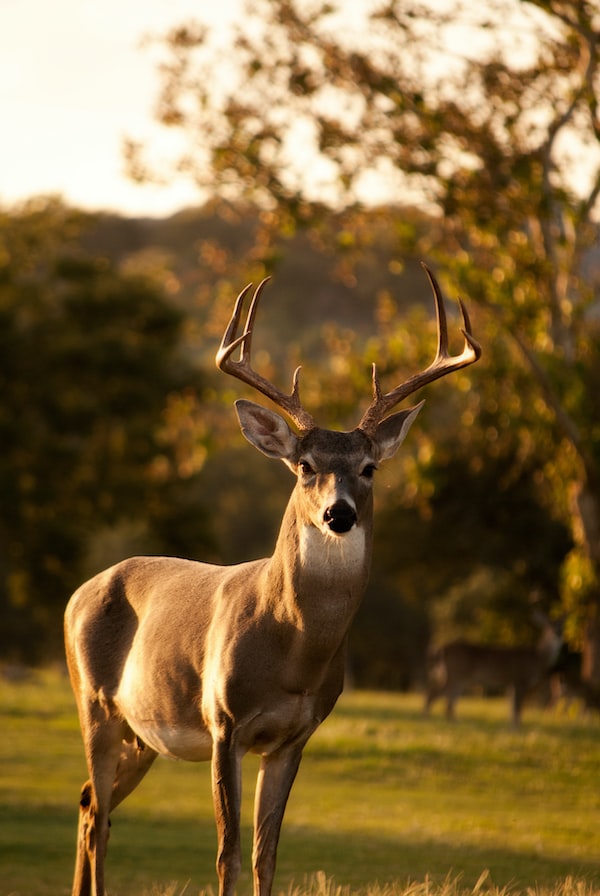 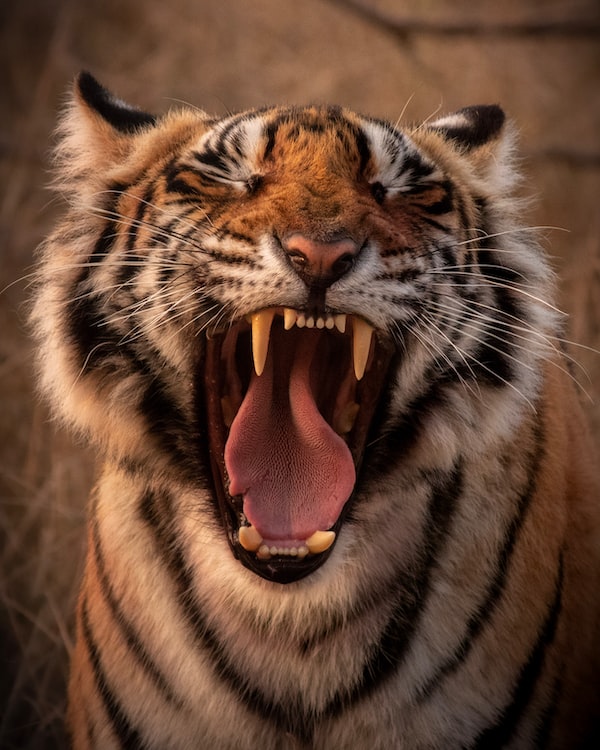 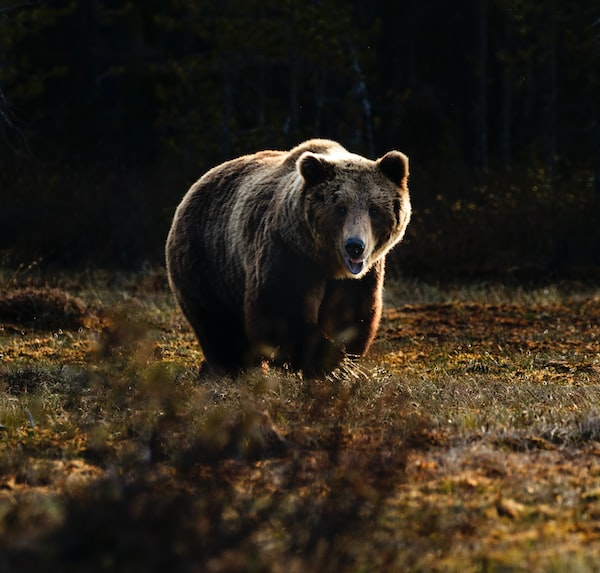 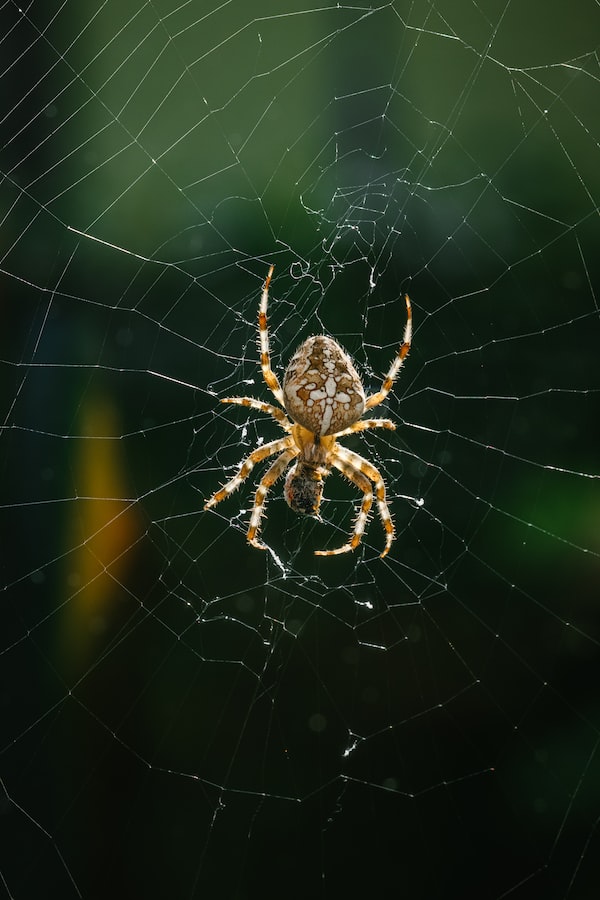