Temperature at the Peak of Mount Everest

Just how cold is Mt. Everest actually? And when is the best time to summit? Well, it depends on a lot of different factors that we're going to have a closer look at.

Mount Everest is a beast, plain and simple. Reaching the pinnacle of Mount Everest can be linked-to winning the Super Bowl or World Series for hikers and climbers. There are many reasons why the climb is so polarizing and death-defying, and one of them is just the sheer fact that it’s so darn cold at its peak.

How cold is Mount Everest?

Now, in July, when the temperature starts to warm up, the peak of Mount Everest is still going to be freezing. However, at an average of -2 degrees Fahrenheit, it’s still warmer than it will be during the winter months. It kind of goes without saying, though, that the peak is hostile to living creatures.

To answer, “How cold is Mount Everest,” it’s not just the temperature that has to be analyzed. It’s also the wind and when it comes to determining coldness, wind chill can be a huge factor to consider. As we all know, huge, gusting winds can make a cold day feel unbearably cold.

Let’s just say that wind speeds can get borderline homicidal when climbing Mount Everest. In the dead winter from months November to February, hurricane-type winds of well over 100 miles per hour can beat the summit. To say winds of that speed are unsafe to deal with is a vast understatement. In May, the winds tend to relax, and this is one of the many reasons why climbers will often choose this time window to make the ascent.

In general, how dangerous is it to climb Mount Everest?

It’s certainly not impossible to reach the peak of Mount Everest as many climbers have successfully done so. That said, let’s just say that an ascent to the peak wouldn’t make for a good beginner’s course. It can’t be overstated enough how dangerous a task of this nature is, and anyone attempting to do so should have the proper equipment, loads of climbing experience, good health, and a trained guide.

But if you have all those things and feel confident enough to try the climb, here are the main issues that will make it arguably the hardest thing you’ll ever attempt to do:

Deadly hazards: Just due to the bad weather conditions, in general, there’s a limited climbing season for Mount Everest. Hazards such as avalanches are a very real possibility due to the ice and snow on the mountain.

The temperature and wind: These two factors were already discussed, but we thought we’d make mention of them once again.

The altitude: Though there are many dangers, the altitude could be the biggest one. After all, most of us will not be accustomed to the low oxygen levels and high-altitude present when climbing the mountain. Have you ever heard of the “death zone?” This is the area above 8.000 meters on Everest and climbers who spend too much time in the death zone can develop brain swelling and general altitude sickness.

When’s the best time to climb and visit Mt. Everest?

Let’s just first say that visiting and climbing Mount Everest are two totally different beasts. Still, it’s good to know the best times to take a trip no matter your intentions. So, let’s take a look at that right now, shall we?

January to March: At the beginning of the year, visiting the mountain provides one of the best visuals that you’re going to get. From afar, that is, as we’re not talking about actually climbing the mountain here. Clearly, in these months, the mountain is going to be unbearably cold. Probably not the most ideal time to choose to climb.

April to May: If you’re very serious about climbing the mountain, it’s advised to schedule your climb within this range of time. This window is one of the best times for climbers to be able to attempt a safe climb to the summit. Well, we don’t know if there’s such a thing as a safe climb to the summit, but we digress. Even for the purposes of just visiting the mountain, the peak is often clear and visible from April to May.

June to August: One would think the best time to try and climb would be in the summer. The only problem with that is during the summer months, it’s going to be monsoon season. Due to such, heavy amounts of rainfall can be expected. Even just for visiting, the peak is probably going to be covered in mist.

September to November: This is actually another window that climbers like to take the ascent to the peak of Mount Everest. It’s right before the winter comes and right after the monsoon passes. Travelers looking to get a glimpse at the peak may also get quite the view during this time window.

Do you know that neighborhood hill in your town that you and your friends love to climb and do some sledding on? Yeah, climbing Mount Everest is not going to be that. How cold is Mount Everest? It’s darn cold! But the cold is not the only obstacle for climbers.

From the altitude to the weather conditions to the skill required, making the ascent is not something the average Joe is going to be able to do. We hope we’re not breaking the hearts of anyone by saying that as it’s just the cold-hard reality. It’s not impossible, though, and if you decide to make the climb, just know what you’re signing up for.

Switching gears a little bit, but staying on the topic, have you ever wondered if you could hike in steel toe boots and still remain comfortable? No? Huh, well this is kind of awkward then. Do you want to check out that link anyway? 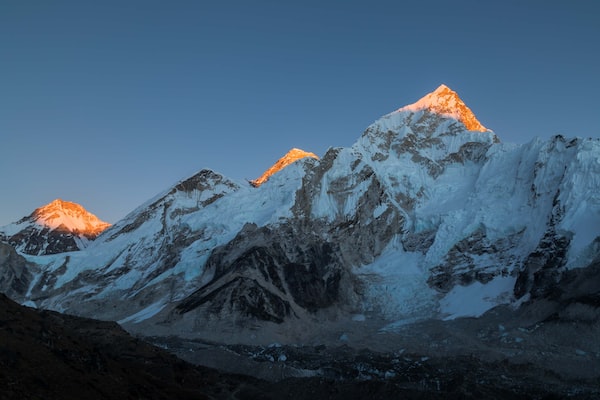 How Much Does Mount Everest Weigh? 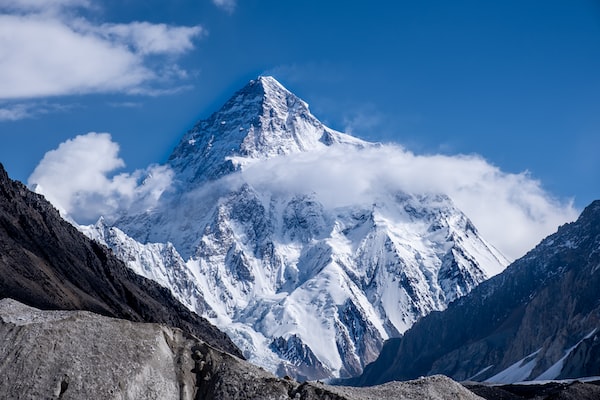 How Much Does It Cost to Climb K2? 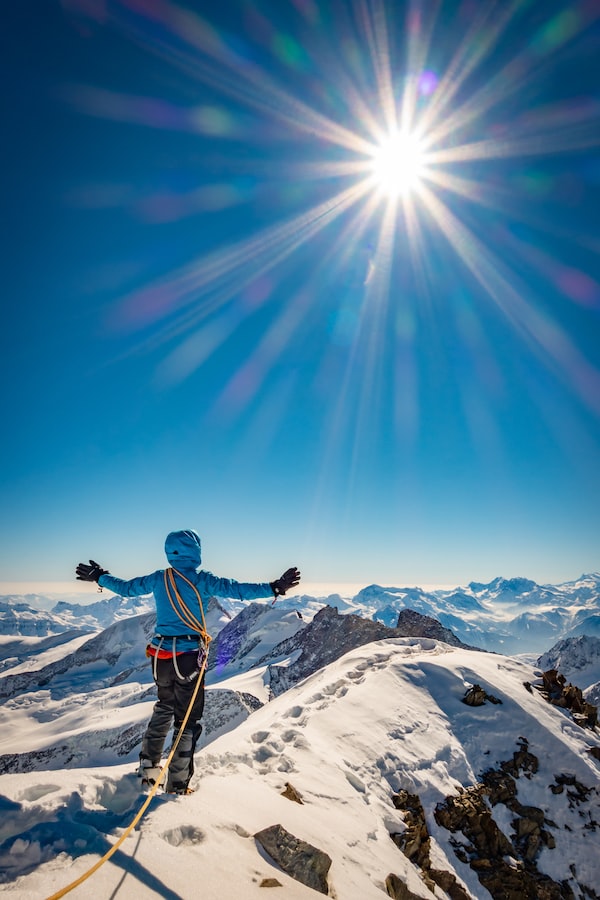 How to Get into Mountaineering 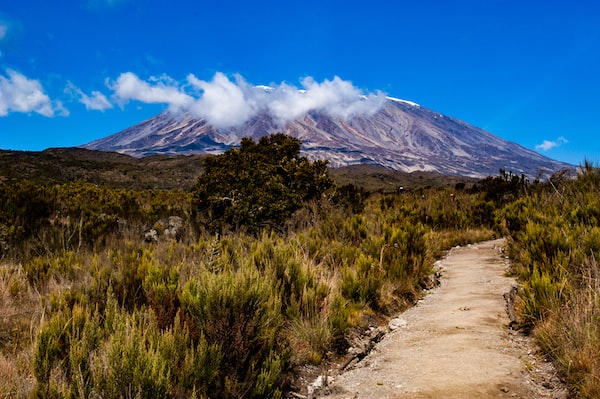 How to Train for Climbing Mount Kilimanjaro 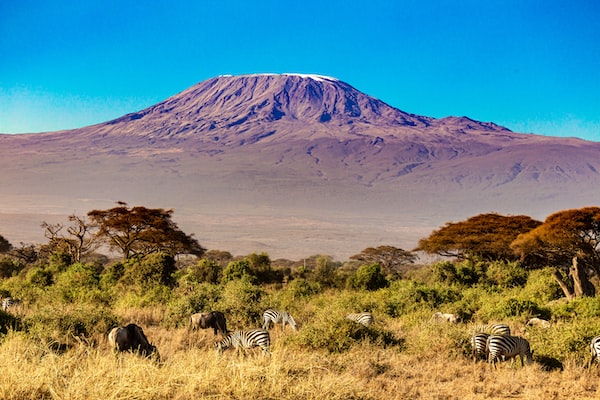 How Hard Is It to Climb Mount Kilimanjaro? 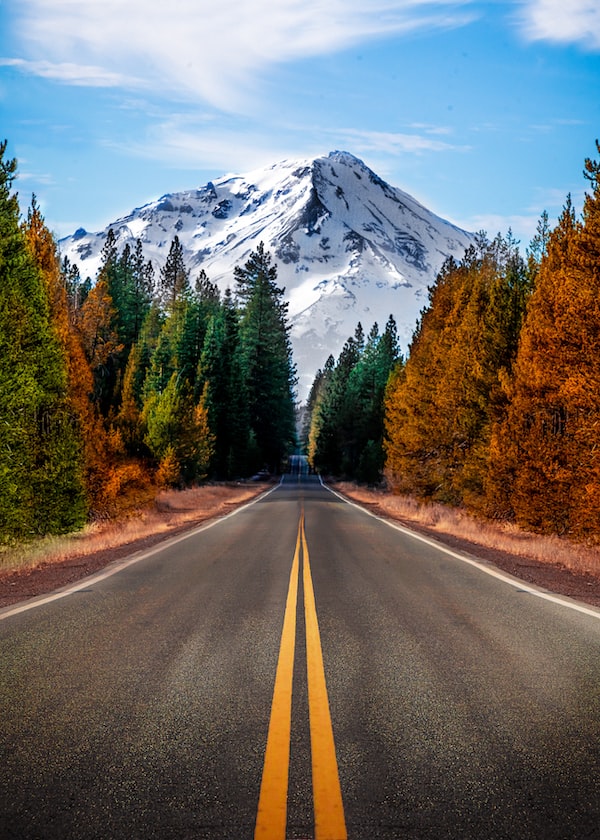 How Is There Even Snow on Mount Everest?